Other
Here is the list of the best BEER hotels & spas where you can take a bath in beer or have in-room taps!
Share 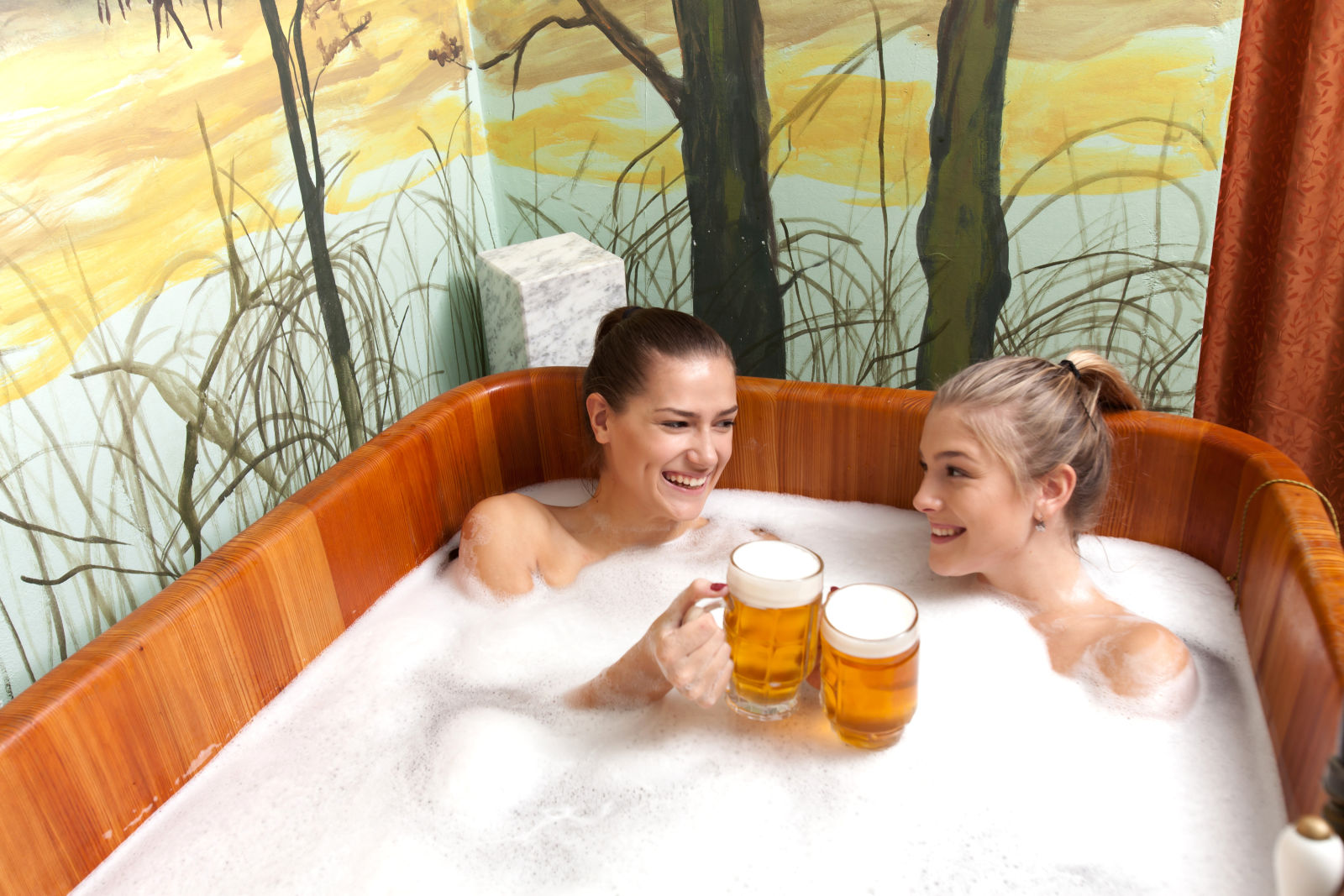 Calling all you beer lovers - your favourite Pirates have scoured the world for the best beer spas and hotels so you can celebrate travelling again with your mates with a pint or two in all sorts of different countries!

Set to open this summer, following the success of 2 bars opening in the city centre recently, the Scottish craft beer company are planning on taking the hotel trade by storm. Plans include; 25 bedrooms, in shower beer fridges, Punk IPA on tap in every room as well as a BrewDog bar and terrace rooftop bar.

Prague definitely dominates as the capital of the beer spa! This historic hotel houses the famous micro-brewery with a pub serving traditional Czech cuisine and beer. The biggest attraction, however, is the Beer room which is equipped with a bathtub that has three taps – one of which pours beer. After check-in, guests can enjoy a free brewed beer on-site, and beer in the bathtub is included in the price.

We've found rooms from £55 per night (based on a booking of 2), which include free breakfast.

Head to the Hotel zur Malzmühle in Cologne for an atypical experience.Here the beer literally flows from the tap and straight into your hotel room bathroom. Incredible but true! Upon arrival you will be greeted with a glass of Kölsch - the typical Cologne beer - after which you can visit the traditional brewery located in the immediate vicinity of the hotel: the Brauerei zur Malzmühle.

At the Hotel zur Malzmühle you will spend the night in a barrel bed, and in the evening, it's up to you to choose between the cold water tap or the beer tap.

To do this, be careful to book a superior or deluxe room, or even the junior suite. Otherwise you won't find the magic faucet in your bathroom. We've found some deluxe rooms in August from £129 per night.

Located in the center of Prague, you will find the world's first beer spa, established in 1981. Beerland features 1000-litre baths with rotating beer pumps, a hop sauna, and an unlimited amount of beer to drink. When you are finished bathing in beer, take a rest by the fireplace or have a little snooze on a bed lined with straw. Tubs start at €50 per person (based on a booking of 2).

The brewer BrewDog came up with the idea that a well-cooled brewery would make an awesome hotel. At Doghouse Hotel & Brewery guests can choose from 32 rooms. Each of them is equipped with beer drawers and mini refrigerators in the shower, so that everyone can enjoy seasonal beers all the time.

We've found rooms this autumn from £145 per night (based on a booking of two).

Budapest is known for its beautiful thermal baths, but did you know you could also enjoy a nice cold beer with your bath? The Thermal Beer Spa lets guests relax in wooden tubs filled with thermal waters infused with natural beer ingredients. And the best part – there are taps located right next to the tubs and you can drink as much as you want!

Poland also has a fantastic beer spa. At the Beernaruim Beer Spa, you can take a beer or wine bath. Located in the center of Zakopane, choose between a single bath, a VIP bath with unlimited wine tasting, or even better, a special day bath that includes all-day beer attractions.

A beer bath and tasting starts from £28 per person.

Beer combined with hot springs - it sounds great to us! This is what Kyoto spa offers. Let's do a detox for the skin and hop into this wooden tub!