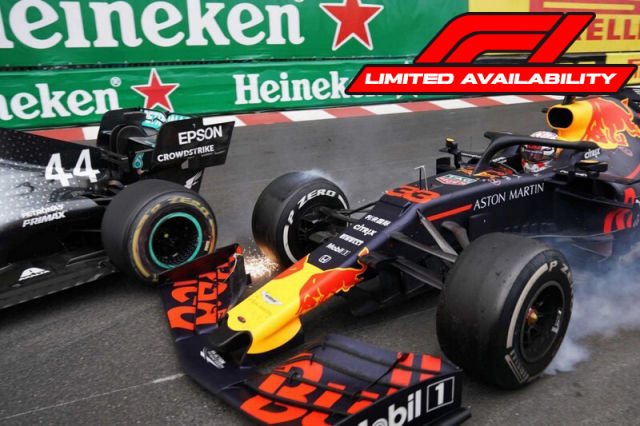 Spain is one of the most popular destinations for holidaymakers from the UK. And it's no wonder. With the short flight times, delicious food and some of the most exciting holiday destinations in Europe, a holiday to Spain always delivers.

Whether you're after an action-packed city break or a relaxing family island holiday, Spain is bound to have a destination that ticks all your boxes. And we're here to help! No matter which type of holiday you're after, this page is packed with all our very best - and cheapest - Spain holiday deals.

You'll also find loads of inspiration here, such as the best destinations in Spain and the top things to do and eat while you're there. From the world-class museums of Madrid to the photogenic beaches of Ibiza, a Spain holiday is guaranteed to be utterly unforgettable.

The best holiday destinations in Spain

When it comes to variety, Spain is one of the best and most rewarding European holiday destinations - not only for all-inclusive holidays, but also for solo trips and holidays with lots of friends or family!

If you're keen for a beach holiday, many travellers head to places like the Canary Islands, the Balearic Islands, Costa del Sol, Costa Blanca and Costa Brava. With almost 5,000 kilometres of gorgeous coastline to choose from, it's easy to see why these destinations are so popular.

The Spanish mainland's interior is no less spectacular than the coastal regions, and there are many major cities and smaller towns that are worth exploring. There are also some beautiful regions that are ideal for a day-long or multi-day hiking trip. So, if you're currently considering a trip to Spain, don't hesitate! And, thanks to the country's excellent weather, there is no bad time of the year to visit Spain.

Holidays on the Spanish coastline

If you're looking to explore Spain's coastline, you'll be spoiled for choice. Let's start with the 'wild coast', the Costa Brava in northern Catalonia; Roses, Blanes and Lloret de Mar are all hotspots here. Further south, Valencia lays claim to the equally famous and popular Costa Blanca. The Costa del Sol near Malaga is a sunny destination all year round, even in winter.

You can find lesser-known spots along the coastline near the border with Portugal, the Costa de la Luz. Some beaches here, like Playa La Caleta, have been popular with the locals for years, but have only recently been discovered by tourists.

The Costa Galicia in northern Spain is rainier and greener than the south. The region is much cooler than the Mediterranean and is therefore only suitable for swimming during the summer months. Galicia and Asturias, with their mountainous hinterlands and pilgrimage routes to Santiago de Compostela, are a mecca for hikers and nature lovers alike.

Check out the best flights to Spain

The Spanish mainland's interior may not be as well known as the country's buzzing coastal regions, but it has plenty to offer - especially for travellers who like going off the beaten track.

While Andalucia attracts a steady flow of visitors due to its warm weather and Moorish architecture, Extremadura in the west is a hidden gem, with striking landscapes and the world-renowned jamon iberico (a type of cured ham). The same can be said of the central Spanish region of La Mancha, northern Navarre and the mountainous Aragon region.

If you're looking for a city break to Spain, the most popular destinations here have to be Madrid, Seville, Toledo and Granada.

🏴‍☠️ Pirate tip: The Spanish mainland is extremely popular for hiking and other outdoor pursuits. There are several long-distance trails to try out, such as Extremadura to Salamanca, as well as the paths running through the mountainous Picos de Europa National Park in the north.

Holidays to the Spanish islands

Spain's two major island groupings need no introduction. The glittering waters and wealth of attractions of the Balearics and Canaries make them both incredibly popular with travellers from the UK.

On the Balearic Islands side, tourists flock to Majorca every summer, but spring is also a great time to visit as this is when the island comes to life and the sun will be shining most days. The neighbouring island of Menorca, with its compelling rock formations, technicolour waters and wind-swept landscapes, is another tourist hotspot. Lastly, and by no means least, Ibiza is blessed with overwhelming scenic beauty and a mild Mediterranean climate - plus it's regarded as one of the party capitals of the world.

Although you'll need to take a slightly longer flight to get out to the Canary Islands, which are located off the northwestern coast of Africa, Tenerife, Lanzarote, La Gomera and Gran Canaria are all bucket-list destinations. Featuring volcanic landscapes and spectacular beaches, you couldn't have a better backdrop for your summer holiday.

Holidays in the Canary Islands - Our best holiday deals and tips

Holidays in Madrid - Check out our city guide and hottest deals

When is the best time to visit Spain?

With its great weather and wide variety of activities on offer, Spain is a top travel destination at any time of year. Get the lowdown for Spain's seasons below.

🌸 Spring: This is when the south of Spain is in bloom and the weather is pleasantly warm, but not too hot. Spring is a good time to visit Andalucia or Murcia.

☀️ Summer: South and central Spain can become very hot, but this is also when the mountains in the north and west of Spain are at their best (a good point for hikers to keep in mind!).

🍁 Autumn: This is a great time for a beach holiday in Spain, as this is when the temperatures drop but are still pleasantly warm. And most of the other tourists will be gone, which means you might have the beaches to yourself!

❄️ Winter: This is the perfect time to visit Spain's many great ski resorts, such as Valdezcaray in the Rioja region.

The highlights of a holiday in Spain

No matter where you end up travelling to, there are some essential things you must do during any trip to Spain. Here are our favourite must-dos for a Spain holiday.

Go out for tapas: This is the Spanish version of a pre-dinner pub crawl. You'll need to head out with a group of friends to sample different wines and tapas in several bars - all before going out to a restaurant for dinner, of course.

Explore historic town centres on foot: This our favourite way of getting to know a new destination. Discover charming hidden places for drinks or atmospheric alleyways filled with tucked-away restaurants and cafes.

The best things to do in Spain

Spain really does have it all. Picture-perfect beaches, fascinating museums, ancient buildings and ruins, buzzing nightlife, delicious food and drink and spectacular national parks, to name but a few. And this is what makes Spain such a reliable travel destination - you'll always find something to do.

Here are some of our favourite things to do during a Spain holiday.

Find things to do in Spain

Plan a beach holiday in Spain

Home to gorgeous islands, including Ibiza, Cabrera, Majorca and Gran Canaria, Spain offers some of Europe's finest and cleanest beaches.

Playa de Silencio in Asturias is one of Spain's most exquisite beaches, known for its natural rock formations and silver sand. On the island of Majorca, Cala Agulla is a great place to bask in the tropical weather of summer and early autumn, while indulging in plenty of water sports, of course!

Nicknamed the Caribbean of the European continent, Playa de Ses Illetes in Formentera is worth a visit for its turquoise water, white sand and numerous bars and restaurants.

Located in the town of Tarifa, Playa de Bolonia is an ideal place for hiking along the sand dunes while admiring an awe-inspiring view of the turquoise water. This beach is also excellent for kitesurfing due to its crashing waves and strong winds.

Start planning your own beach holiday in Spain today.

The 14 best types of food to try in Spain