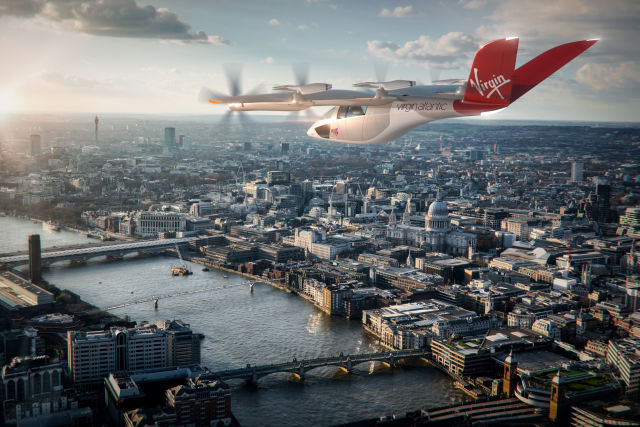 Looking towards the future with sustainable, electric air taxis

This past week, 10 June, Virgin Atlantic announced a new partnership with Vertical Aerospace to bring a sustainable solution to pollution. To achieve their goal, they plan to introduce price-competitive, short-haul flights between UK cities and airport hubs - starting with London Heathrow, Manchester and London Gatwick - using eVTOL (electric Vertical Take-Off and Landing) aircrafts.

They are hoping that these air taxis will cut back on overall transportation emissions. Instead of making the 1.5 hour drive from Cambridge to London Heathrow, for example, Brits would have the option to reduce that journey to just 22 minutes in an eVTOL aircraft.

The potential to slash emissions is huge with this venture and Virgin Atlantic hopes that in the London area alone it would have a direct effect on 7.7 million customers outside of London, for flights to and from the UK’s main hub airport.

Stephen Fitzpatrick, Vertical CEO and Founder said: “This is the most exciting time in aviation for almost a century; electrification will transform flying in the 21st century in the same way the jet engine did 70 years ago. By bringing together two entrepreneurial organisations who share the same passion for innovation and best in class partnerships, we can revolutionise urban mobility in the UK and electrify air travel. We look forward to working closely with Virgin Atlantic and completely changing how people think about flying through the skies.”

Currently, a full-scale prototype of the VA-X4 is in production with the first test flight planned for later this year.